UNREPENTANT
WRITING ON THE GENERATIONS 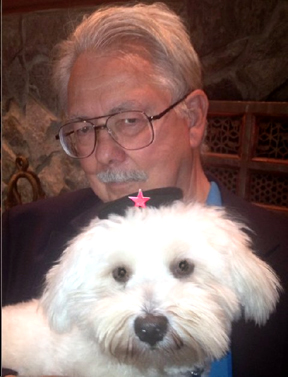 SAGE: Many of our readers have opened the playbook of life against  the backdrop of monumental events. Do you believe we have “unwittingly encapsulated” the very spirit of these times?

SHARP: Oh, I think during those times, we had no idea what we were doing and most of us, like the protagonists in my novel were torn between the older values and the changes that were coming. Few in the Sixties and Seventies were truly a part of the counter-culture (a small minority of all age groups) but many sampled  drugs, loved some of the new music, read the books that were considered controversial and  the positive sides of  changing gender and racial perspectives. It was a transitional period in American life and, though none of us really saw ourselves as “transitional,” we surely were. So, yes, I think that is a fair description of my protagonists.

SAGE: How would you describe the overall feeling of Crystal Ships?

SHARP:  I would call it an impressionist portrait of a troubled era.  Crystal Ships is literary/historical fiction. While the novel involves a murder and other incidents that become clear only toward the end of the story, the novel is not written as a mystery. That is, it does not focus primarily on a crime solver’s search for the explanation of a crime.

SAGE: How does the story unfold?

SHARP:  It follows the lives of perhaps three male and four male central characters through America’s decades of discontent, the troubled 1960s and 1970s, as they seek some resolution or understanding of traumatic events or search for ways to overcome the burdens of the times and find new inspirations.

SAGE: Tell us about the general “tone” of Crystal Ships.

SHARP: To me it says something about the resilience of the human spirit in overcoming difficult times and in maintaining pride in oneself and those who shared many of the same experiences, despite your own condemnations of the times as you lived through them and the later stereotyping of the era.

SAGE: How you were able to carry a graphic description of violent rape to elicit strength in its aftermath?

SHARP: I’ve known women who have been through terrible experiences, including sexual assault, and have had the “mixed blessing” of being the recipient of the emotional dump that sometimes follows (many guys will know what I mean by mixed blessing). But women are doubtless more resilient than men. Beyond that, I admire strong women writers. My advice to guys who want their female characters to be authentic and not fantasies is to “man up” and read the top women’s literature.

SAGE: As I read Crystal Ships, I became aware that you manage to create “edgy” characters, but still  softened their outlines . There were no exaggerated heroes and villains. How did you manage to do this?

SHARP: I ground all of my characters in their negative traits and then try to figure out how they are able to rationalize their bad habits as being OK. They don’t have to convince the reader to like them, because from their own point of view there’s nothing not to like (or at least nothing they can do about their idiosyncrasies.) I then give the reader enough of each character’s point of view that they might find some sympathy or understanding.

SAGE: Readers are introduced to your  rare humor in the context of a time and culture throughout Crystal Ships.

We see this in your writings at The Sage Companion. How would you say you happened to come by your unique, and often cathartic, sense of humor?

SHARP: Sometimes I think I should write fortune cookies that contain actual fortunes, not just bad advice, old saws and flattery. Two of my favorite fortunes are “You will get over it” and “You will make bail.” The best humor comes out of relief from bad outcomes--past, present or anticipated. Bad things happen to everyone, but regret is pointless. It’s better to learn and laugh.

SAGE:  Many of our readers, like you, have lived through the times you describe-- riots, assassinations, drugs, gender conflicts, rock and roll, and the Vietnam War … what take-aways or lessons might we perceive as we read Crystal Ships?

SHARP: Somewhere in the novel, a character says something like “things happen for a reason, just not always any good reason.” Sure, you can learn some things from what went wrong in the Sixties and Seventies and you can appreciate the good things. I happen to think the progress in gender and racial equality was a great thing and I loved the creativity of the period in music and other parts of the culture. But some stuff was just random bad luck and you’ll never figure it out, no matter how many conspiracy theories and morality plays you dream up.

That’s a good take away from any era.

YOU CAN FIND ALL OF RICHARD SHARP'S NOVELS AT POWELLS

"Sharps flair for details is exquisite and delightful..." The Duke Don't Dance is beautifully written. The story is heady, and the text intense..." "The tale itself is forthright, yet simultaneously equivocal...one man's fictionalized story of a generation..." ForeWord Review, March, 2012

WRITING ON THE GENERATIONS

" Much writing on generations is pseudo-science, over-generalizing as to the extent to which those in any given time period share common values, arbitrary as to the start and end birth dates of a given 'generation' selective as to alleged tendencies of successive generations, and ignoring that a generation may evolve over time.

About the stereotypes, generalizations tend to be based on the supposed characteristics of those born in the early parts of a supposed generation, the clichés becoming less plausible for those born later."

The name “Silent Generation” was initially applied to those coming of age in the conservative 1950s, supposedly reflecting the alleged passivity of those not having to confront the challenges of their predecessors.

Again, however, the label became broadly applied to those who were merely children in the period giving rise to the name. The same is true for the Baby Boomers, supposedly the spoiled products of American prosperity and the permissive child-rearing advice of Dr. Spock and immersed in the indulgences of the sixties. Again, many lumped into this group came of age only after the conditions giving rise to the name were passing. A “boomer” born in 1960 was raised in a quite different environment than one born in 1946.

For well over a century Americans have lived through periods of rapid change. A catchy label applied to those born in a given time period cannot capture the essence of everyone. Apart from different circumstances applicable to specific year of birth of birth, socio-economic status, ethnicity, gender and regional conditions make huge differences in attitudes and behavior. Even such factors as whether you are the younger or older child contribute to which sets of values you might adopt. (Although some of my older siblings who might be thought to have more greatest generation values acted a lot more like stereotype boomers. Go figure.)

If The Duke Don’t Dance has a message, it is “don’t be tied down by the negative stereotypes of your generation.” If they say your generation was spoiled and self-indulgent – well, just not you. I’m talking to you, boomer! They say you were silent and passive – did you ever hear of sex and drugs and rock and roll, moron? OK, old codger, they said you were the greatest, so you’ve got no complaint about that – but they also call your generation, sexist, racist and a lot off other stuff.

Well, whether you were or you weren’t – people change over time. We make transitions – be as modern as you want to be and be unrepentant!

LET ME KNOW YOUR VIEWS-- not just those of the Silent Generation, but also Baby Boomers (conventionally b. circa 1946-1965) and those still proudly representing the Greatest Generation (let’s say, 1906-1925).