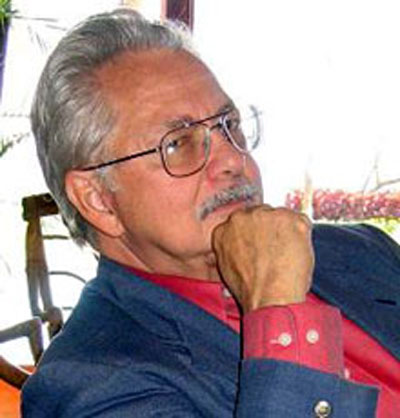 "Older writers (I say with absolutely no credentials to do so)
should start with their wealth of exposure to reality and then add flavorings."

NOTES FROM THE NOVELIST

"The recognition is greatly appreciated. I also would very much like to thank the many reviewers and interviewers who helped publicize the work, but especially janeAnne Narrin [Silver Sage]  of www.Whitehair365.com for editorial suggestions that were incorporated into the Ebook version of the novel... and also Kirkus Reviews, ForeWord Clarion and Reader's Favorite for their earlier awards for this novel."

"I do not... buy into generational stereotypes."

In writing my current novel,Crystal Ships, I was searching or a turning point in the story. The novel concerns American protagonists during the 1960s and 1970s, somewhat similar to those in The Duke Don’t Dance, except the tale focuses more on the era than a generation.

For those of us who lived through that period – Greatest Generation, “Silents” or Boomers – the turning point I selected were the pivotal years 1968-1969. Much of great importance, positive and negative, came before and after, of course, but so much was packed into those two years that changed the course of history that it is difficult to find a more critical period in modern American history.

JFK’s assassination in 1963 was a great tragedy, but in 1968 we were struck by the assassinations of both Martin Luther King and Robert Kennedy. At the same time, the Vietnam War, which to that time had appeared to progress tolerably well under a largely volunteer force, took a turn for the worse. The Tet offensive created shock waves that were intensified by increased reliance on the draft and involuntary extension of tours and followed in 1969 by reporting of atrocities by US forces and strategic blunders, such as Hamburger Hill. The Vietnam Crisis and the assassinations contributed to massive racial and generational conflicts, even impacting the 1968 Olympic Games in Mexico City, turning the 1968 Democratic Convention into chaos and leading directly to the election of Richard Nixon as the law and order candidate.
unrepentant-3

The anti-establishment drug culture reached a peak in Woodstock and other gatherings, while taking its toll across the popular culture with the drug related celebrity deaths ranging from Judy Garland to Jim Morrison. Campus unrest spread across the country, culminating in the Kent State disaster in early 1970. Faith in government plummeted with the intensified conflicts and conspiracy theories, and scandals from financial corruption to Chappaquiddick. The moon landing cheered spirits in the competition with the Soviet Union, but was offset by events such as the brutal suppression of democratic initiatives in Czechoslovakia.

By the end of 1969 troop withdrawals from Vietnam set the stage for the failed attempt for a Korea-style stalemate and the ignominious ending in 1975, paranoia led to Watergate and the country struggled through the seventies until a new economic boom in the eighties lifted the national spirits. It took a while to get over 1968-1969, but we did it!

I don’t mean this column to be a downer, but sometimes it’s useful to reflect on nostalgia for our good times “back in the day.” It wasn’t all Beach Boy, Stones and Beatles, flower children and sex, drugs and rock and roll back in the sixties. In fact, those last two years of the decade has clouded our minds as to how those years really were: far more guys with pocket protectors than hippies, more housewives than Bond girls, more teenagers listening to “Crying in the Chapel” or “Wooly Bully” than “Purple Haze.”

Hey, we did have some good times back in the day, but we had to get through some bad ones also – be proud of getting through those. Resilience is a good thing. It’s worth writing novels about – even better to appreciate that it is one of your own virtues.

I am writing this column on the eve of Martin Luther King day, wondering once again why the label “Silent Generation” stuck with those of us who were born before the Baby Boom, but too late to be part of World War II. Martin Luther King, after all, was one of us and the loudest voice for racial equality. Gloria Steinem, the great advocate for gender equality, is one of us. Elvis and so many other legends of rock and roll were our generation. So why did “silent” stick? I asked the question in my novel, The Duke Don’t Dance, but didn’t really answer it. Thinking back, maybe it was the wars.

The older “silents” went off quietly to fight in Korea. They volunteered for the most part, a patriotic act in the face of the Cold War, and there were few protests in the streets. But the war was a draw, not a great triumph, and Americans simply do not believe a tie is as good as a win. So the returning vets were silent about that.

A few years later… Although most now incorrectly think of Vietnam as the great Boomer war, that is a myth that should be debunked. In the early sixties, when even the oldest Boomers were below draft age, the younger “silents” went off quietly to fight in Vietnam. Like their older siblings, they volunteered for the most part, a patriotic act in the face of the Cold War, and there were few protests in the streets. For the Vietnam War as a whole about 75% of soldiers were volunteers, more in the early years. Almost 85% of American casualties in Vietnam were suffered by 1969 and nearly 95% by 1970, with an average age at death of just over 23 for all combatants and 28 for officers. So simple math will tell you that a clear majority of the Vietnam War dead, and the great majority of officer casualties, were pre-Boomer. But, for Americans, a loss is much worse than even a tie, and the Vietnam War was lost by any objective standard. So the returning vets were silent about that.

It also may be time to break the silence on the generational conflicts created by the wars. The Vietnam War started without much protest, with a well-educated, middle class fighting force of volunteers. As the war progressed, casualties mounted and volunteers became harder to recruit. The draft then became the focus of protest, the balance of draftees shifted toward the Boomers and standards were  lowered to fill the ranks. Tension between the “Silent Generation” volunteers and the Boomer draftees and protesters mounted to the credit of neither. In many respects the Baby Boom has taken a bad rap for the loss of Vietnam, while their predecessors have mostly been afflicted with invisibility. In the meantime, the so-called Greatest Generation basked in the glory of their World War II victory, immunizing the generals and politicians of that generation from the policy decisions that led to the outcome of both conflicts.

The post-World War II period was a difficult transitional era. Those of us who lived through it “back in the day” need to set aside those old tensions and at least resolve to insult each other in good spirits: whether the issue is race, gender or musical tastes – or even generations. Given the American lack of historical awareness, those old differences are being forgotten anyway, so why not?

My generation did, however, have King, Steinem and Elvis! Hey, Boomers – how about them apples?

Both the feminist Germaine Greer and the humorist Dave Barry continue with “you can be immature forever.” I prove this every day one way or the other, but the trick for me as a would-be novelist is to convert this immaturity into words that amuse or agitate, depending on my mood and that of any reader that stumbles across those words. More and more so-called seniors (or, as I call them, mid-life survivors or MLS) are now turning to writing with the increasing ease of self-publishing.

Tips to fellow mid-life survivors who might like to turn their age and new-found immaturity into writing.

First, never admit that anything is autobiographical. Throw as much of yourself or your opinion of others into your story as you wish, but always keep ’em guessing.

For example, write a detailed account of a family reunion everyone knows about, with only the names changed, but throw in a sex scene among the coats thrown on the bed in the spare bedroom. You’ll have to decide whether it works best to make your avatar one of the participants versus your stand-in for some you dislike…and, of course, you must determine the number of participants.

Having done that, then throw in something outrageous that really happened and that you’d never confess to. That’ll keep ’em talking, but you have deniability.

Second, while you can only be young once, you can make your protagonists whatever age you want and you can go to decision points in your own life and make things turn out differently.

You can pull off that bank heist you thought about at 17, call off that engagement or take the low-paid journalist job instead of becoming an investment banker.

Of course, men may be more into this than women. I loved the movie “Groundhog Day,” but a female colleague told me it was just a male fantasy – if you could just do it over and tweak it a bit, eventually you’d get it right.

She told me that failed to address the bigger problem – being a guy.

Third, make use of your perspective as a recovering MLS. Young writers start with imagination and aspirations and add in bits of reality as forced to by experience. Older writers (I say with absolutely no credentials to do so) should start with their wealth of exposure to reality and then add flavorings.

I prefer myself to spice my novels with a little hot sauce and go light on the honey, but if you’re a sentimentalist, go with the latter. Just lay off the artificial sweeteners.

Fourth, having said the above, do NOT try to pass along your story as the wisdom of the elders. Down deep, you know that is BS and so will your readers. Yes, you recognize that you made a lot of mistakes in your life (and if you don’t, I don’t want to read you).

Still, understanding that you were a moron yesterday doesn’t make you a genius today! Let your readers decide if you have anything to say of value.