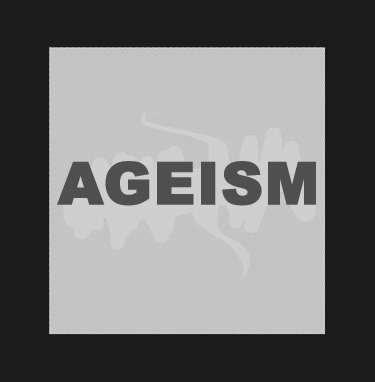 ageism: the subtle or blatant dismissal
of your unique status and value as a human being

Do your aging experience in the best way possible!

If you are one person who loves life and desires to do your "aging experience" in the best way possible, it may be time to do some research. How would quality of life work? Where would you start?

Some say a good idea is to begin by "cleaning out the attic" - tossing misconceptions and negative attitudes about advancing in years into the circular file.  You would need to think creatively for "de-Cluttering"  means  inspecting and disposing of some unhealthy - yet well-established -  stereotypes about aging and Older People.

AGE-GRADING- In sociology and anthropology, an age grade or age class is a form of social organization based on age, within a series of such categories, through which individuals pass over the course of their lives.

HEADS UP ! we all experience IT
if we are lucky to live long enough

“American society has been described as maintaining a stereotypical and often negative perception of older people [expressing a] negative and/or stereotypical perception of aging and aged individuals…[this is] readily apparent in such areas as language, media, and humor and has been termed "ageism". ~ Linda M. Woolf, Ph.D.

According to recent research, “Old people...prompt a range of negative feelings in others...chief among those is anxiety... a common response to older people among the young... old people remind us what may, or likely will, happen to all of us eventually.(Greenberg, Schimel, & Martens,). http://www.sagepub.com/upm-data/50361_ch_9.pdf

HOW MANY HAVE YOU  EXPERIENCED  OR PLACED ON YOURSELF?

6.A soft drink commercial features an older man and his grandson. The man’s hand is shaking so much from the ravages of age that his grandson is able to exploit his condition and shake up a bottled beverage.

7.An office supply company commercial features an older woman and her family. In this ad, a confused woman takes a photograph of her family with a stapler.

8.An ad for bottled water features an older man in a nursing home. After drinking the vitamin-infused beverage, the man gains the strength to flirt with his nurse.

9.An ad that first ran during the Super Bowl features an older couple. Fighting over a bag of chips, they push each other to the floor and hit each other with their canes. The woman loses the battle and winds up holding her husband’s dentures."
http://www.aging.org/i4a/pages/Index.cfm?pageID=1929 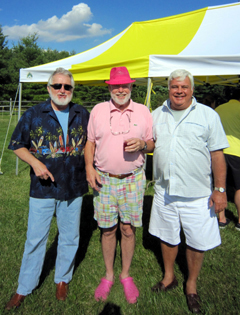 or just having fun ?

3.Chronological age is the most important determinant of someone's age.
T___ F ___

4.Most older adults have difficulty adapting to change. In other words, they tend to be set in their ways
T___ F ___

Age-Grading and Ageism
CHANGE  STARTS WITH Y O U

“As with any 'ism', age-ism  can impact one's self-esteem and limit human potential. Older adults are a valuable resource in our society, both economically and socially."

Richard Ambrosius is an evangelist for positive aging, marketing strategist, storyteller and motivator. He is currently the Principal at Positive Aging®, a consultancy he first launched in 1997.He has served the start-up brain fitness company, NeoCORTA, two national senior living development and management companies, one of the nation’s first free-standing Area Agencies on Aging, and chaired the Rebranding Aging Task Force for the International Council on Active Aging (ICAA) that their Changing the Way We Age Campaign.

In 1976, he began a career in aging as Executive Director of a not-for-profit Area Agency on Aging in Northwest Iowa. In 1980, President Reagan appointed Dick as the youngest member of the National Advisory Committee to the 1981 White House Conference on Aging where he delivered a keynote address on rural aging.  He founded one of the first full-service marketing firms (1982) to specialize in older markets. He has conducted presentations in 49 states and within numerous Fortune 500 corporations.

National Issues Forums (NIF) is a network of civic, educational, and other organizations, and individuals, whose common interest is to promote public deliberation in America. It has grown to include thousands of civic clubs, religious organizations, libraries, schools, and many other groups that meet to discuss critical public issues. Forum participants range from teenagers to older adults, prison inmates to community leaders, and literacy students to university students.