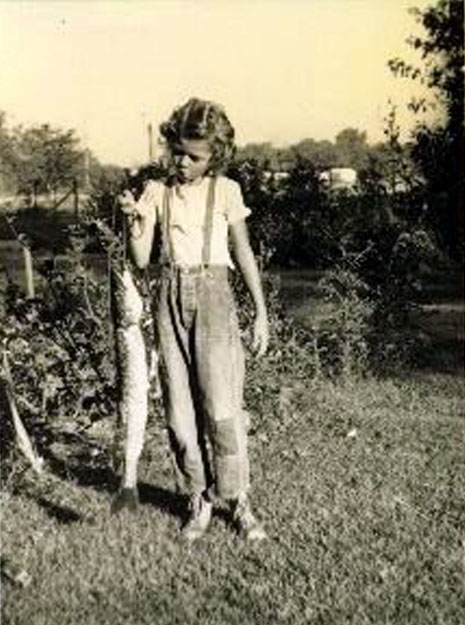 civil rights and
living as an outsider

Do you know what it's like living your life as an outsider?  Often hated out loud by institutions that call themselves religious, but preach hatred and exclusion.

I was not alone. Thousands of citizens who were disenfranchised or segregated or just not recognized as existing marched. We were called 'Nigger', 'Spic', 'Greaser', 'Kike', 'Faggot', 'Diesel Dyke', 'Aggressive Castrating Bitch', 'Too Big for our Britches', and much worse, but we continued.

We were beaten, some were killed. We were arrested and jailed.  Local government officials and police stood in the streets and clubbed us with billy clubs. And those officials were applauded, cheered and they swore we defectives would never grace their facilities.

I was one person out of many thousands.  Slowly the barriers disappeared or started to disappear.  Inclusion was slow, so very slow.

We wrote and printed underground newspapers and surreptitiously distributed them on campuses all over the country. We held women's consciousness raising groups in basements, in kitchens, in bars, wherever we could so women finally realized they were people in and of themselves and did not have to submit to anyone or get approval from anyone else to be a self actualized human being.

Women have broken the glass ceilings imposed by corporations.  Minorities are being freely elected to government positions. Segregation is officially a thing of the past. (Unofficially, we have a long way to go.) Homosexuals can serve their country, again officially.

And on Monday, 21 January, 2013, I was officially recognized by the president of the United States, who said, "Our journey is not complete until our gay brothers and sisters are treated like anyone else under the law — for if we are truly created equal, then surely the love we commit to one another must be equal as well.”

For the first time ever, I am a part of this country and recognized as such.  The rest of you have no idea what that means.

Thank you, President Obama. May the citizens of this country agree with you.

how I feel about
movies

Recently I accepted a part-time job as a general news reporter for a national news organization. I would be covering local events, not writing hard news, so it would be a great opportunity for me and add a few bucks to the retirement coffers as well.

Got my first assignment a few days ago:  Review a movie. What? A movie?  Of all the things I anticipated, I never even thought I would have to watch a movie.

Lemme tellya how I feel about movies. I am 71 years old. The first movie I saw was “20,000 Leagues under the Sea” back in the 50’s. I was in high school. Wasn’t impressed, but I didn’t hate it either. I was used to live theater, so movies just didn’t seem real. I next ventured to a movie to see “Butterfield Eight” with Elizabeth Taylor. Enjoyed it.

Because I was an undergrad I felt compelled to see foreign and supposedly slightly naughty films. If they were, you could not prove it by me. I didn’t understand a word and suffered through about three or four of them until I just gave up trying to be cultured.

I was so poor during graduate school, no movies were in the budget. Did not miss them.

I do know that I have never seen “Gone with the Wind,” or “Citizen Kane,” or “To Kill a Mockingbird,” or any other classic that I can remember.

Movies were watching people work. They were too long, too loud and boring.

I have given up. I like to do things, not watch them. Especially, if they are boring and loud. I don’t care what awards a movie might or not win. I will not be enticed to try another one.

And now for my first assignment at my new job. I have to review a movie. The review should be choice.

how I feel about
hate filled bigots

I am getting sick and tired of all the hate filled bigots in this world screaming their hatred  to the world.  "They" break natural laws, they say.  "They" are sinners- are going to hell.  "They" are evil and corrupt- or "They"  are dooming civilization. Who knew "They"  had such power!

And speaking of natural laws and the breaking thereof.  Who first started owning land instead of sharing it with other living creatures? Who committed genocide? From Native Americans in the US to the Spanish Inquisition to the holocaust to Darfur. Will it stop? I doubt it.  Seems like that violates natural law to me. Many more violations than loving someone.

Who first started building processing plants so we could eat our fellow citizens while keeping them captive under conditions that give new meaning to the word torture.  Animals are part of our natural world and we torture and kill them so people can make money. In the process, we ruin our lands, poison our air and water.  More violations of natural laws.

Who started paving the land to make streets, bridges, houses, shopping center and stealing land from the people who lived there before us? Now we shoot the creatures that we feel are intruding on our land and often we shoot them just for sport.  And feel that we must shoot to protect that bit of paving that supposedly belongs to us.  Seems like violating natural laws to me.

Who started organized religion and still subscribes to its hate filled teachings. Now that's breaking natural law. Of course they collect your money to assure your entrance to a nonexistent afterlife.  This ensures their leaders a money filled present life and they break all natural laws.

And who started making vehicles of war? Vehicles like guns and tanks and bombs so we can claim the land of others.  Killings and dyings considered necessary casualties.  Natural law?  I hardly think so.

And all we want to do is love someone else.

CURMUDGEON7
how I feel about
cell phones for "seniors"

curmudgeon7
Boomers(1946- 1955) want phones with all the bells, whistles, gadgets, gizmos and apps.

These days, the senior market must be separated into boomers, pre boomer and elderly. The members of each of these markets want and need cell phones, but not the same ones. Boomers, 1946- 1955 want phones with all the bells, whistles, gadgets, gizmos and apps that their younger counterparts want and love. These folks have kept up with technology, have grandchildren to keep in touch with and friends to call.

Curmudgeon7
They are not all that concerned with using the phone as a personal safety device as they are with texting, using the internet and taking photos. They might have a bit of a problem pressing the little buttons, but a stylus usually takes care of that. A stylus or new reading glasses make the buttons manageable. The best cell phone for seniors of this age isn't much different than cell phones for teens.

Slightly older pre boomers, born from 1930 to 1941 are still in touch with technology

The slightly older pre boomers, born from 1930 to 1941 are still in touch with technology, but not as much as the boomers. They want phones that connect to the internet, but probably don't use it all that much. They have laptops or desktops that serve them just fine. They have fine cameras and would rather use them than a phone that is also a camera. Texting is something that is life complicating, expensive and unnecessary. The thousands of apps available are mostly targeted to the younger folks, but the pre-boomers might use maps, or an online banking app, but probably not much more than that. A smart phone is overkill, but the boomer is forced to buy one because that's what is available. If a simpler phone were produced the pre boomer would buy it. The best senior cell phone for this bunch is available, but not easy to find.

the truly elderly want a phone ... for safety if they live alone, to stay in touch with children and grandchildren

Now the truly elderly want a phone because their children, who are possibly pre boomers themselves want them to have them for safety if they live alone, to stay in touch with children and grandchildren. They rarely want to take a picture let alone send it to anyone. They don't want apps or internet connections. They want to use the phone as a phone. Making calls, receiving calls, dialing, talking and hanging up are the extent of any phone capabilities. Charging the phone should be as easy as putting it down on the charger on the counter. The best senior cell phone for this demographic is the simplest one.

Of course, most everyone has a cell phone. Often the cell phone user no longer has a landline. More options for the senior cell phone buyer is a look promising.

The Fourth of July is coming. That's when the US celebrates winning the war against Britain that gained it its independence.  It was the first of many wars the US would be involved in. But I digress.

We celebrate this holiday by eating meat that men have cooked outdoors.  Sometimes that eating of meat includes family members who most likely do not like each other, but they feel obligated to assemble on holidays.  Most people get drunk before they eat all that meat.  After the meat is eaten and as the drinking continues, fireworks start.

In case you were not aware, fireworks are expensive pieces of junk made with an explosive that people light on fire to make them blow up.  I know you think I am making this up, but really, it happens every July 4th.

I have no idea who decided that blowing things up was a symbol of freedom, but evidently it is.

The louder the fireworks, the drunker the participants are, the more we can tell the world we are free.  I don't understand how these things go together, but they do.   Maybe it's the loud explosions that make every dog within hearing distance to shiver. Maybe a showing of how much money we have and can waste by blowing it up is a celebration of freedom.

Very often municipalities from small villages to huge cities spend lots of money to blow lots of stuff up, so everyone can look at them. They brag about how much money those fireworks cost, take photos of them. Usually at least one of those pictures appears in July 5th's newspaper.