High-Tech-4
Chapter 4
SELLING ON THE  CUTTING-EDGE 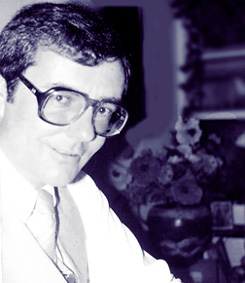 The perspective of one seasoned executive  as he replays his career as a results-oriented executive- VP of Sales and Marketing for both hardware and software companies and advises Start-ups writes about  how to re-invent a career.

I really got into selling Data Processing Equipment
as it was called back then.

I really got into selling Data Processing Equipment as it was called back then- I also got interested in finishing my Masters Degree nights, so I was putting in some pretty long days. I loved it, though -  found it exciting and rewarding being in a cutting edge industry.

I found a couple of niche markets in my territories and quickly started to sell a lot of used equipment. In Detroit, there were any number of tool and die shops. They were small companies but most had at least one numerical control machine. These were machines were programmed using a Mylar tape that was punched with codes for the various cutting points for three positions at that time.

Most of the companies sent out the programming to a data entry shop and were charged $150 to $200 per tape. If there was a problem, or a change in the specs, the tape had to be redone. This was a very expensive proposition, as most companies could be running 10 to 30 jobs at a time.

I got to know one of the owners of a shop and watched as his die maker and engineer designed the part.

I got to know one of the owners of a shop and watched as his die maker and engineer designed the part. This, then provided all of the input for the data entry shop to produce the tape. The shop simply typed in the coordinates, and the proper symbols for the machine to execute the process. It was tedious, but simple. I asked for a set of the design specs so that I could do an experiment, and the owner said no problem.

He had no idea, why I wanted it.

I went back to the office and talked to one of our programmers about the process, and it turned out he was very familiar with the process. We had several customers that were out there making their own tape on our machines, and most of the data entry shops used our “Flexowriters” to make the tapes. He showed me how, and I spent a couple of hours making the tape. He reviewed it and said it was correct.

Now on to step two of my new niche market.

I knew that we sold used equipment, but you didn’t get quota credit, so I had not looked into it very hard. I asked the sales manager about the program and he explained it.

If a machine was taken in trade and it took 300 dollars to get it back into good shape, then the base price was the trade in, usually about $200 plus the cost of refurbishment. For a total of $500.

I went back to my little shop on the East side of Detroit. With me I brought the tape. I also brought along a used but newly refurbished machine in my trunk.

I got the owner to compare the tape with the one from the data center. It was identical. I explained the process and the fact that it took me less than an hour. I also said that I had a unit in my trunk, and if he had another spec, I would make the tape there, so he or one of his people could watch.

He took me up on the deal, and by the end of a couple of hours, we had made 5 tapes. The value of the tapes was more than the cost of the Flexowriter. I suggested that these tapes were free, but he should consider buying the unit and having his assistant make the tapes.

He quickly saw the value, asked me to join him at the bar across the street ... and to leave the machine.

He quickly saw the value, asked me to join him at the bar across the street in a half hour, and to leave the machine.He gave me a check for $1,500 plus tax and bought drinks and dinner for his gratitude.

I sold about 80 of the machines that year.

I didn’t go to quota club, but we had a heck of a vacation.