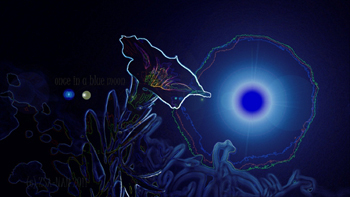 "…. the Higgs-Boson … an important contribution the welfare of humanity and our planet…. "

Perhaps this amazing gift once seemed too hypothetical or remote. This is no longer true. Evidence for the Higgs Boson has been identified. Scientific methodology verifies that the essence of our universe is the sub-atomic …

Significantly, that particle consists of natural attraction energy originally holding other particles together and continuing to grow with them through the eons to become our universe at this moment.
Interestingly, finding the particle seems proof that there is an energy field ( eastern thought calls this ki) ...it fills the vacuum of the observable universe.

It plays the very important role of giving mass to certain subatomic particles that are the building blocks of matter.


The common name given to the Big Bang attraction and growth phenomenon is "nature." Natural attraction is the essence of how unadulterated nature works. To fully benefit from Higgs Boson … attraction relationships we must acknowledge the natural attraction paradox noted by St. Francis and others,

"What we are looking for is doing the looking."


According to UK Science- The Guardian

“The race to discover the Higgs particle has played out on both sides of the Atlantic. In the US, the government-owned Fermilab near Chicago used the giant Tevatron collider to look for the particle. In Europe, Cern began the hunt in earnest in the 1990s with a predecessor to the Large Hadron Collider. …The race at Cern now is to collect as much information about the particle as possible before the Large Hadron Collider closes down for about two years at the end of 2012…”

It is now thought that without the Higgs mechanism, all particles would be massless. This means that they would be traveling at the speed of light... structure in the universe – stars, planets, galaxies, human beings, would not be possible.